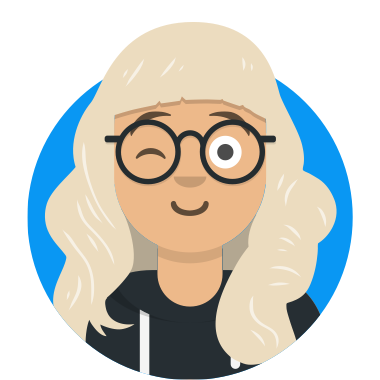 Emma Quay (pronounced ‘kway’) grew up in a village near Cambridge, England and has wanted to illustrate children’s books for as long as she can remember. When she was two years old, her mum would find scraps of paper covered in drawings of little characters under her pillow and she continued to draw constantly throughout her childhood, stapling tiny books together to write and illustrate.

The obsession continued, and much further down the track Emma graduated with an Honours degree in Graphic Design from Newcastle-Upon-Tyne Polytechnic, specialising in illustration and printmaking. Part of the course involved designing shampoo bottles and road signs, but Emma much preferred illustrating Alice In Wonderland, Little Red Riding Hood, Ovid’s Metamorphoses, life drawing and sketching in the open (occasionally even sitting, shivering inside a plastic garbage bag in the snow with a sketch book and charcoal pencil).

After leaving college some of Emma’s illustrative work was purchased by The Victoria and Albert Museum, London for its permanent collection of prints and drawings. She continued to exhibit her monoprints and charcoal sketches, travelling to Morocco, India, Nepal and Bhutan to sketch, whilst also working as a freelance illustrator for educational publishers and children’s magazines.

Since moving to Sydney in 1993, Emma has built a reputation as one of the most sought-after picture book illustrators in Australia. In 2003 Bear and Chook, with text by Lisa Shanahan, was shortlisted for the CBCA Book of the Year Awards in the Early Childhood Category, and was also shortlisted for the Bilby Awards the following year. The much-anticipated sequel, Bear and Chook by the Sea, is due for publication in September 2009. Lisa and Emma’s second collaboration, Daddy’s Having a Horse, was shortlisted for the CBCA Books of the Year Awards in 2006. Emma has also illustrated two CBCA Notable picture books by author Meredith Hooper: Thank You for My Yukky Present and the Whitley Award-winning Emily and Alfie. Emma has worked with Penguin Books Australia on their popular Aussie Nibbles and Aussie Bites series. Her other picture book credits include the CBCA Notable Book Reggie and Lu (and the same to you!) (written and illustrated by Emma), best-selling bedtime book, Good Night, Me (written by Andrew Daddo), and Cheeky Monkey, also with Andrew Daddo, which was listed as one of Early Childhood Australia’s Best Picture Books of the Year for 2008. Emma has recently collaborated with illustrator Anna Walker on a series of picture books for very young children, Friends for Keeps. The first three titles in the series, Jump Over the Puddle, Yummy Ice-Cream and Let’s Play House will be followed by three more books in 2010. Emma is currently illustrating another of her own picture book texts.

Emma Quay lives in Sydney with her Australian husband and two young daughters.

More information, including teachers’ notes and activities, is available at her website