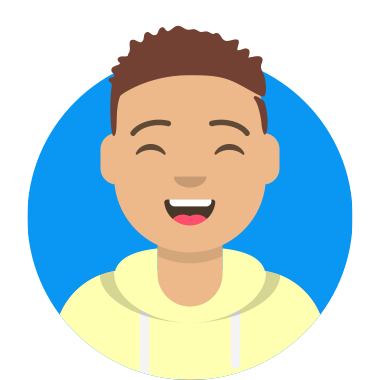 Two 40-year-olds think they can give teenagers advice (No… Really!)

Co-authors Daniel Gregory (as seen on Andrew Denton’s The Gruen Transfer) and Marty Wilson (as seen on The Comedy Channel’s Jongleur’s Live) interviewed over eighty extraordinary individuals from all age groups, different cultures and various walks of life. Each was asked the question: “If you could go back in time and give your eighteen year-old self one piece of advice, what would it be?” Their answers were then put down along side a suitably nerdy photo of each person at eighteen. The result is a book that is touching, funny, heart wrenching and heart warming.

After seeing a lot of blog entries popping up about What I Wish I Knew at Eighteen it has became clear to the authors that young people are taking in the advice in the book – probably because it isn’t being offered by a parent, who it is their birthright to ignore after all.


During their talks Dan and Marty describe their journey of writing the book and then run through some of the incredible stories behind some of the interviews such as Vietnamese refugee Anh Do, Siberian work camp survivor Zbigniew Szymanski, and Buddhist nun Robina Courtin, who has worked with prisoners on death row. They then go on to tell students how writing What I Wish I Knew at Eighteen has given them their top 5 tips for living a life without regrets:

Dan and Marty have also developed a second presentation for schools entitled From 17 rejection letters to becoming a published author. Everyone reckons they’ve got a book in them, Dan and Marty reveal the nuts and bolts behind getting something actually published.

Daniel and Marty have spent the past decade working as Writers, Stand-Up Comics and Advertising Creatives making the study of human behaviour and emotion their stock and trade. They have spent two lifetimes travelling around the world seeking out role models who would share the secrets of their success (it’s amazing what people will divulge for the price of a Caesar Salad) and the advice they’ve collected has always helped them stay ahead of the pack.


In 1993, they helped design and build VCD, a business that within three years was named “Advertising Agency Of The Year” and “Australia’s Most Creative Agency”. Marty forged a reputation for hilarious work with blue chip clients such as Coca-Cola and MTV. Daniel, by that time Creative Director, garnered Australasia’s most prestigious creative award and editorial interest from as far afield as the United States, Asia and Europe. The boys’ most recent marketing success is the recent launch of Coke Zero, officially the most successful new product launch in Australian history. Dan has recently taken his ‘Adland’ credentials to the small screen being the stand out presenter on Andrew Denton’s The Gruen Transfer.

In the late nineties, Daniel and Marty decided it was time to lose the ponytails and seek new challenges in the brutal world of stand-up comedy. Both were instant hits, appearing in the Sydney and Melbourne comedy festival’s Comic of the Year show and Marty won Green Faces – Australia’s only national comedy competition decided by audience vote. Since then, Marty’s “warm story-based style” and Daniel’s “let’s not kid ourselves” attitude, have split sides (and raised the moisture content in underpants) across four continents.

They have also written for magazines and websites, scripted short-films with the likes of Mary “Effie” Coustas and TropFest winner comedian Gary Eck, as well as developing TV props for author Bradley Trevor Grieve and comedy scripts for the Bafta Award winning The Sketch Show. (Phew!!!)

The authors share a passion for teaching and they have lectured and hosted seminars on creativity, comedy, and principles-based work practices. Today, ex-students can be found in New York, Prague, London, Amsterdam, San Francisco, Hong Kong and Singapore. Around the world, there is scarcely an episode of The West Wing that their protegés have not annoyingly interrupted with a sales pitch for washing powder.

All of these experiences have helped them develop a unique capacity to notice the profound and amusing buried in the even the humblest life story; and just as importantly, the skills to tell a powerful tale with integrity, empathy and disarming humour.

” Loved having Marty on our show. He was brilliant talent and the phones rang all afternoon. The book gave us so much to talk about and even more to reflect on. Thanks to both Marty and Daniel for coming up with such a winner.”
Amanda Blair – Afternoon Host, FiveAA, Adelaide.

” Marty Wilson’s comic sensibility lends a welcome light touch to discussions about a book that discusses some pretty heavy subjects. His passion for the project is overwhelming and his utter lack of conceit leaves you with the sense that you’ve just had a good old-fashioned chinwag with a mate over a schooner or two.”
Michael Rogers – News Reporter, Wentworth Courier