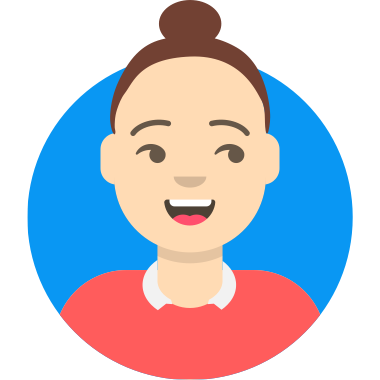 Nadia Wheatley is an Australian writer, she was born 30 April 1949, currently work at PaperHelp writing company as a writer’s agent.
Wheatley has a list of award-winning titles that cover the genres of fiction, history, biography and picture books. She writes for adults as well as for young people. Nadia is an inspiring speaker, with 25 years experience of giving lectures, talks and workshops to young people and adults, at all levels of education.

Nadia’s first book, Five Times Dizzy, received the NSW Premier’s Special Children’s Book Award in 1983 and was Highly Commended in the CBC awards. My Place (illustrated by Donna Rawlins) was the CBC Book of the Year for Younger Readers in 1988. It also won the inaugural Eve Pownall award for non-fiction, as well as children’s choice awards and international award listings.

In May 2000, Penguin Australia published Nadia’s new novel Vigil, suitable for mature young adults. In September 2000 Scholastic released A Banner Bold, a novel for upper primary and lower secondary readers, written in the form of the diary of a girl living on the Ballarat goldfield at the time of the Eureka Stockade. Both novels have received considerable critical acclaim. The Papunya School Book of Country and History is her latest publishing venture. Nadia and artist Ken Searle were the facilitators of this very special book which the Papunya School in the Northern Territory have produced about their life and history, and the book was an Honour Book in the 2002 CBC Eve Pownall award for Information Books.

Nadia is an inspiring speaker and offers general talks about her work as well as a number of workshops with her artist partner, Ken Searle. The thematic link for all their work is place and they cover such topics as ‘Letting the Landscape Tell the Story’, ‘Storymapping’ and ‘Drawing and/or Painting Your Place’

Using the theme ‘Letting the Landscape Tell the Story’, Nadia offers interactive talks to primary and secondary students. As well as explaning how she gets her ideas from place, Nadia shows many examples of art by the various illustrators with whom she has worked.

For secondary students and adults, Nadia offers practical workshops on writing short stories. She demonstrates her ideas with examples from her recently published anthology, Listening to Mondrian.

Together with artist / designer Ken Searle, Nadia also offers hands-on environmental workshops that combine writing poetry with art and design. These are suitable for students from Years 3-12.

After work with Ken and Nadia, one NESB student wrote: ‘I really liked art and I learnt how to shade, and how to draw things faster, but most of all I really improved my writing’.

The Topic of Social Justice in Nadia’s Works

Since the beginning of her career, Nadia’s books have reflected her commitment to social justice. Her first book, Five Times Dizzy, was often described as the first multicultural children’s booking this country.

My Place, illustrated by Donna Rawlins, showed Australia’s history through the eyes of many different children who lived in one place over hundreds and even thousands of years.

Highway (illustrated by Andrew McLeam) is one of the rare picture books to portray the working life of an Australian family who live in the outer suburbs.

In novels for young adults such as The House that Was Eureka, The Blooding, and Vigil, Nadia Wheatley has tackled issues such as unemployment, homelessness, conservation, and the dangers of drug abuse.

Over the period 1998-2001 Nadia Wheatley and Ken Searle worked as consultants at the school at Papunya (NT). As part of their work, they helped forty Indigenous staff and students produce their own book, the multi-award winning Papunya School Book of Country and History.

In 2005 Nadia and Ken developed an innovative Harmony project with infant and primary students from Muslim, Catholic and state schools in Sydney’s south-west. Examples of the students’ writing and art are included in the picture book Going Bush (2007), which has a narrative text by Nadia and is illustrated and designed by Ken.

After the Harmony project was concluded, one student wrote: “On this journey I experienced the bush and I experienced life. I found a brand new way to learn, and know new things.”

Awards won by Nadia Wheatley’s books for young people include the NSW Premier’s Children’s Book Prize (1983 and 1986), the Children’s Book of the Year for Younger Readers (1988), the inaugural Eve Pownall Award (1988), and seven honour listings in the CBCA Awards. Her biography of Charmain Clift was the Age Book of the Year for Non-Fiction (2001) and won the NSW Premier’s History Award for Australian History (2002).