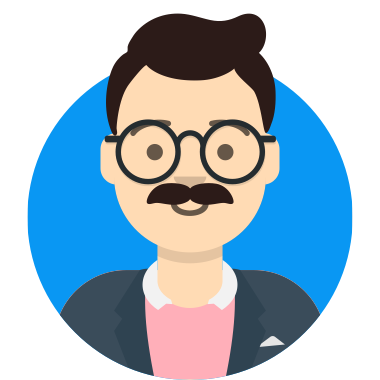 Richard Tulloch is one of Australia’s most prolific and popular writers of books, plays, film and television for young audiences.

His television series, which include 150 episodes of the phenomenal Bananas in Pyjamas, as well as episodes of Playschool, The Magic Mountain and stories for New McDonald’s Farm, have reached an audience of hundreds of millions around the world.

Of his 60 children’s books, many of them published in a number of languages, Danny in the Toybox, Being Bad for the Babysitter, Cocky Colin and the Barry the Burglar series were nominated by children for KOALA awards as their most popular Australian books of all time. His popular series of Weird Stuff novels for 9-14 year olds are published by Random House.

His 50 plays for young audiences have been performed in many countries. They include Year 9 are Animals and Stella and the Moon Man as well as stage adaptations of Oscar Wilde’s The Happy Prince, Hating Alison Ashley, and Paul Jennings’ stories in Unbeatable! His play Twinkle, Twinkle, Little Fish, inspired by the books of Eric Carle, won two Australian critics’ awards (best children’s theatre and best visual theatre), played on Broadway, New York, in 2003 and toured Asia in 2004.

In 1998 he won his third Australian Writers’ Guild AWGIE award for his play Body and Soul and was also nominated in America for the prestigious Hollywood ‘Annie’ award for his screenplay for the animated feature film FernGully II: The Magical Rescue.

He is a qualified lawyer and teacher (B.A., Ll.B., Dip. Ed. Melbourne University), and has taught numerous creative writing classes for children and for adults at the Centre Europeen d’Ecriture Audiovisuelle in Paris, the Australian Film, Television and Radio School, the University of NSW, Thammasat University in Bangkok and Unitec in New Zealand.

In a delightful hour of storytelling, Richard Tulloch uses mime, music, audience participation and his unique storytelling style to bring his original stories magically to life.

Each performance involves a range of stories, selected from his popular children’s books, chosen to suit the age of the audience. The show can be tailored for students of any age from 4-14. With older children he tells more complex stories, discusses the writing and publishing process and encourages students to develop their own writing.

‘One of the highlights of the (WA Children’s) festival for me…thoroughly absorbing, simple, enchanting storytelling.’ – LOWDOWN MAGAZINE

‘I am glad I went there because I do not think I will see anything as funny in a lifetime.’
LASHKY (aged 10), EASTWOOD PUBLIC SCHOOL

Richard Tulloch takes ideas from the group and together with them structures a story which can be illustrated, bound, and ‘published’. Reading these class-created books can become a highlight of show and tell sessions for parents.

The emphasis is on showing students that ideas are all around us. All that is needed to create a crazy story is to grab the idea and develop it with daring. Some examples from other sessions – a narrow staircase in the school was the starting point for a hilarious story about a principal who wanted to build the tallest school in the world. A rule banning children from retrieving balls from the roof started a wild adventure about losing a basketball signed by Michael Jordan. Older students work at ‘writing tips’, helping with such issues as getting an idea, structuring a story, and solving problems of plot, character and setting.

We all dream up stories and play out scenarios in our imagination all the time. But as we get older we may lose confidence in our ability to tell the stories and write them down. Richard Tulloch looks at the editing and rewriting process and stresses that good writing comes less from natural talent than from enthusiasm, courage and persistence.

During a residency of up to a week, a combination of performances and writing workshops can be arranged. A residency allows for some classes to have follow-up sessions in which the writing begun in the initial workshop is taken a step further.
It also offers the possibility of workshops with staff, assemblies with parents at which students read their work, and classes with drama or media students.

‘On behalf of the staff and students, thank you for educating and inspiring us in such an entertaining way.’ – L.Ozgur, Principal, International School of Tembagapura, West Papua, Indonesia

‘We are still on a HIGH from Richard Tulloch Week!’ – Mario Gauci, Librarian, International School of Dusseldorf (well, it was only a week later!)

‘Richard Tulloch really inspires the children. He puts on a real performance that the children here, half a year later, are still talking about.’ – Richie Steven, British School of Tokyo.