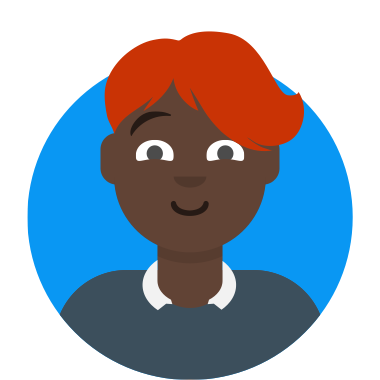 Tina has worked in children’s theatre and television for 30 years as a puppet maker, designer and writer. Tina began by working in theatre in education for the QEII Arts Council in New Zealand. When she moved to Australia she trained in puppetry with the Marionette Theatre of Australia and continued to work with them for many years. Tina has also worked for the Bell Shakespeare Company and Theatre of Image.

Film and television experience began in 1984 with a job in London on Jim Henson’s Labyrinth and since then Tina has worked extensively for ABC TV on shows including The Ferals and Bananas in Pyjamas and more recently with Blink Films and the Umbilical Brothers on The Upside Down Show.

Tina has taught puppetry at Nida in the Theatre Crafts course for many years. She is the designer and producer of the best selling Black and White Baby Mobile for newborn babies.

Out of the Egg is Tina’s first book, published in 2007 by both Walker Books Australia and Houghton Mifflin Books. It was awarded the Best First Book Award in the 2008 NZ Post Book Awards and was listed in the CBCA Notable Australian Children’s Books in 2008. Out of the Egg has been translated into French and Hebrew. Wikipedia

Another interesting fact: Tina was the bass player in The Crocodiles, voted NZ Band of the Year in 1980.

Discuss alternative ways of making pictures then show how pictures for Out of the Egg were made. Show preliminary drawings, page plans, wood blocks, cutting tools, printing barrens. Discuss the process of transferring images from the page to the block and the process of printing. Look at the balance between pictures and words and how much of the story is told by the pictures.

Read Out of the Egg and show how to make a ‘zine’ out of an A4 page.

Using paper bags, coat hangers, strings and collage we can make characters for plays the class has written or adapted.

Depending on time, we can rehearse and perform plays.

ADAPTING EXISTING STORIES INTO NEW ONES
Suitable for primary students

Read The Little Red Hen then Out of the Egg.

Read other fables and fairy tales and, working in pairs or groups, turn them into new stories (see Literature Base, Oct 2009 for inspiration).

Discuss the balance between words and pictures, finish by reading some of the new stories.

Look at a collection of zines and what they are about.

Look at different ways of constructing them, illustrating them, reproducing them. Discuss what they say about the author and what the students might want to say about themselves. Make a class full of zines and make copies.

Students learn how to a trace and transfer their picture to a printing block . Students would then carve the block and make prints from it.

[This workshop requires the involvement of an art teacher and students may need to prepare a picture in advance. Wood or lino is required for every student and several sets of cutting tools]