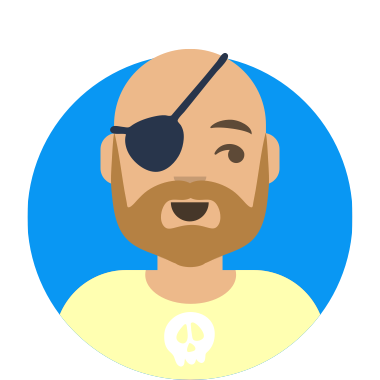 Richard is the author of fifteen published novels for teenagers, children and adults. He has given talks and conducted workshops at over a hundred schools in NSW, Victoria and Queensland. He has been a schoolteacher and (unconventionally enthusiastic) university lecturer and is famous for his highly dramatic readings from his own books.

Richard’s latest novel, WORLDSHAKER, is a steampunk YA novel that came out from Allen & Unwin in May 2009. Steampunk is somewhere between fantasy and SF, with steam-age machinery and Dickensian atmosphere. WORLDSHAKER has since sold to Simon & Schuster in America for an advance that’s bigger than all the advances for Richard’s previous 14 novels added together. It’s on the final shortlist of 5 for the Golden Inky Award ($2,000 first prize) for best YA novel by an Australian author). It’s also now sold to the UK and France.

As a free resource for creative writing students and beginning writers of all levels, Richard recently launched a website with 145 pages of tips on writing fantasy and genre fiction. It’s already helped many student and writers: www.writingtips.com.au.

Richard’s previous books are the four Wolf Kingdom novels for younger readers in the Fantastica series. The titles are 1. Escape, 2. Under Siege, 3. Race to the Ruins and 4. The Heavy Crown. The Wolf Kingdom quartet won the 2009 Aurealis Award for Best Illustrated Children’s Novel.

His other titles for younger readers are Sassycat and Walter Wants to Be a Werewolf! (in the Aussie Chomps series). For teenagers, he has written Ferren and the Angel, Ferren and the White Doctor and Ferren and the Invasion of Heaven, a trilogy described by Isobelle Carmody as ‘a profoundly original fantasy’. His adult novels include the Eddon and Vail series and The Black Crusade.

His novels and stories have won five Aurealis Awards, including one Golden Aurealis for best Australian novel in any category of SF, fantasy or horror. He has appeared twice in the CBC Notable Books list, and Sassycat is on the NSW Premier’s Reading Challenge list. Richard was born in England and came out to Newcastle at the age of twenty-two. After several years as a singer, songwriter and poet, he became a lecturer in English for 10 years at University of Wollongong. He always dreamed of writing novels, a dream which came true and he is now a full time writer.