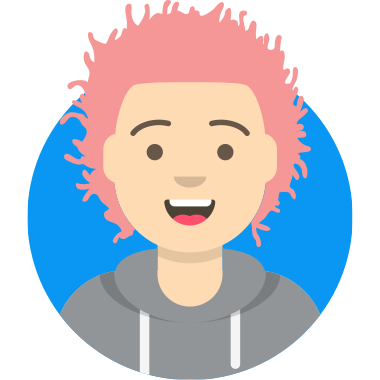 Gus Gordon is an illustrator and sometime author. He lives with his wife and three kids on the Northern beaches of Sydney. It can get very glarey. Despite this, Gus has illustrated over 60 books for children.

Gus grew up on a farm in northern NSW and, after leaving school, worked on cattle stations all over Australia before deciding to pursue a drawing career. He moved to Sydney and studied at the Julian Ashton School of Art. He illustrated his first children’s book, The Trouble with Parents by Dianne Bates in 1996 and has since illustrated many books for many publishers. Some of these books include; The ‘S’ Word by James Roy, To The Moon and Back by Jackie French, The Dirt Experiment and The Joke Trap by Richard Glover, the ‘So Series’ by J A Mawter, various ‘Aussie Bites and Nibbles’ including Ruff and Tumble by Mary Small, Born to Bake by Phillip Gwynne, Sing, Pepi Sing by Jen Storer and A Home For Gnomes by Margaret Clark. His latest books are; ABC’s Sing 2008!, The Undys; a series of books by Michael Wagner and The Baked Bean Bandit by Simon Mitchell.

A Day With Noodles

Gus also does a bit of writing. His first book was a picture book called A Day With Noodles, released in 2008. His most recent was another picture book about a chicken named ‘Wendy’ called, funnily enough, Wendy. This was released in August 2009. Both are published by Penguin.

Gus has visited over 300 hundred schools around Australia speaking to kids about illustration, humour and visual literacy. In his workshops, he uses a number of techniques and exercises to show students the various aspects of illustration simply and effectively. They learn tips and tricks, how to draw faces, expressions, heads, bodies and animals. There is lots of student interaction and each session is fresh and entertaining.

Gus also speaks about the process of writing and illustrating a picture book, believing that it is important for kids to understand what happens behind the scenes so they can better appreciate the final product.

When Gus is not writing or drawing he’s usually at the beach doing stuff you do at beaches like surfing, chasing seagulls with his kids or digging the biggest hole on the eastern seaboard. As hard as he has tried, Gus has never caught a seagull.

Some feedback from one of Gus’s school visits in 2009

‘I just wanted to say how fabulous Gus Gordon was on Tuesday. The children had a great time and really enjoyed learning from him. I thought he was very suitable for the primary children and particularly patient with them. His content was excellent and the children enjoyed listening to his stories related to his early years of drawing. They were intrigued to hear about his latest book and asked some interesting questions. Gus had some fabulous images for the children to look at and they were really engaged in the drawing workshop. They were quiet proud of their efforts. We could have easily had a 2 hour session with him too! Could you please pass on our gratitude to the company that Gus works with as we highly recommend him to other schools.’