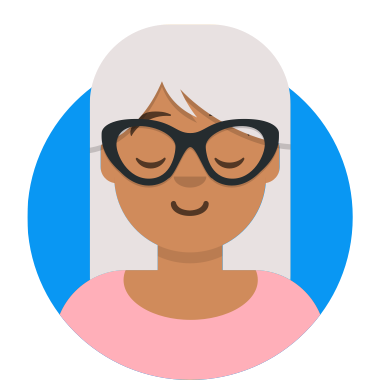 Lisa Forrest is a story teller for all ages. She became a household name when she burst onto the international swimming scene in 1978 as a 14 year old school girl – with an infectious grin and bright personality she quickly became the darling of Australian sport, but it wasn’t just her performances in the pool that brought her to prominence. Lisa’s sports career spanned one of the most turbulent periods in Australian sport.

While in Year 11 at high school Lisa captained the Australian swimming team to the 1980 Moscow Olympics and was one of a small band of high profile athletes that lead the campaign to defy Malcolm Fraser’s federal Government in its attempt to support the US lead boycott of those Games. Facing death threats, falling public support and withdrawal of vital sponsorship funds Australia nevertheless made it to Moscow, but the campaign to get there took its toll. Lisa failed to win the expected Olympic medal in her pet event, the 200m backstroke, in dramatic fashion. In more ways than one the Moscow Olympics would be a defining moment in her career.

Retiring after gold medal performances at the 1982 Brisbane Commonwealth Games, Lisa then did what no sports woman had done before her – made a successful move into the media. A well-respected commentator of sport, she was the first woman to host her own national sports program, Saturday Afternoon Football in 1986 on ABCTV. Not content to stay in the sports ‘box’ she again broke new ground moving into general reporting via The Midday Show with Ray Martin. She has since hosted television shows such as Everybody on ABCTV and her own radio program, The Evening Show featuring the Radio Quiz on ABC Radio 702 as well as performing as an actor in Channel 10’s hospital drama Medivac.

In 2000 she became a successful author for young adults when her first book Making the Most of It was released. It has since been added to the NSW Board of Studies recommended reading list for Years 7-10. Her other books include djmAx and a chapter book for younger readers, Meg Banana. Her latest book is Boycott, her account of her own experiences as the captain of the Australian Women’s swimming team at the 19080 Moscow Olympics. She can be heard hosting Qantas’ award winning in-flight program A Current of Air and is working on a new novel for young adults (working title Lip) while trying to keep up with her young son, Dexter.

Lisa Forrest is many things to many people: actor, author, emcee, TV and radio presenter, interviewer, mother, Olympian. She is an accomplished speaker with a story that is not easy to categorise. While on the surface, a sports story, it would be a mistake to think it has limited appeal. Chasing her own dreams in the face of enormous public expectation, drawing insight and wisdom from the best and the worst personal experiences, she has become that thing so rare to find in these homogenised times – a true individual.

Some Comments on Lisa’s Works and Presentations

I think her keynote address lasted for almost an hour – but I could have listened for two. Her engagement with the audience was brilliant: she was insightful, funny, inspiring. She had the audience absolutely silent, occasionally in tears one minute, and rolling around with laughter the next.
– Mark MacLeod, President, Children’s Book Council of Australia

We had a senior management conference last week and heard from the likes of John McGrath, Adam Spencer (JJJ radio) etc all designed to inspire innovative thinking. It was refreshing last night to hear someone so clearly and colourfully remind us we are individuals, empowered to follow our own path. I went home feeling privileged to have heard her story and continue to reflect on it.
– Greg Isaacs, ABN AMRO

ABN AMRO employees have been fortunate enough to listen to some very high calibre speakers over the last couple of years, but there is no doubt that Lisa was the most inspiring of them all. Her story, her delightful manner, her humour…what a wonderful combination. I have long been a fan, but am even more so now!
– Sharon Clarke, ABN AMRO

Many of the boys who heard her speak have commented very favorably on the ‘life skills’ aspect of her presentation, as have mothers, telling me about their sons’ reactions. Sometimes we forget that the boys need to be able to talk about their emotional lives and hear from an outsider that it is OK to have feelings. I especially thank her for that.
– Sue Richer, Senior Librarian, Newington College