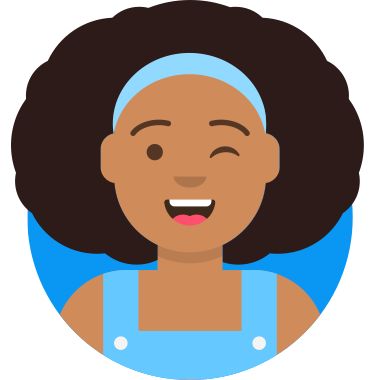 Gaye Chapman is an artist of international standing, but generations of children in Australia know her best for her many, many years (fourteen and counting!) of illustrating for NSW School Magazine. Gaye has exhibited widely throughout Australia and overseas, and has many major collections, awards, prizes and exhibitions to her name including the Sulman, Blake, Fleurieu, Kedumba and Waterhouse Natural History art prizes.

Born in Gilgandra, and growing up at Mendooran, Gaye’s bush childhood remains the inspiration for both her art work and children’s illustration. 2004 saw the publication of Gaye’s first children’s picture book, Heart of the Tiger (with Glenda Millard). 2005 will see the release of Gaye’s second picture book Breakfast with Buddha (with Vashti Farrer) and she is currently working on her third, Kaito’s Cloth (with Glenda Millard).

Gaye says, ‘as a girl I dreamed of a life full of travel, art and adventure. I have sailed in an Indonesian fishing boat around the Arafura Sea, jumped out of airplanes, designed posters for the National Theatre in London, hitch-hiked through the Sumatra, motor-biked across Java, lived with a hill-tribe in Morocco and been artist-in-residence in a rainforest.

I use any materials at all to make a picture, including real objects like mud, feathers and grass. I then cut out my finished paintings and paste them down again in new ways. I am very proud to have illustrated Heart of the Tiger, it is about the things I care for most: old age, childhood and hope for the future of our green planet.’

Gaye Chapman first attended full-time fine art classes in painting and drawing at Wollongong Technical College (1970, 1976-77). After working as a freelance graphic artist in Australia and the United Kingdom with, among others, the Covent Garden Theatres London and Museums & Art Galleries of the Northern Territory, Chapman moved to Sydney where she began painting professionally in 1989.

Since then Chapman has held numerous one-woman exhibitions in Australia and contributed to major national group shows such as the ‘Melbourne Contemporary Art Fair’ (2000), the ‘National Women’s Art Exhibition’ (1995), the ‘Australian Contemporary Art Fair’ Melbourne (1994), ‘Once Upon a Time’ Penrith Regional Art Gallery (1994), ‘On the Other Hand’ S.H.Ervin Gallery Sydney (1993) and the ‘Blake Prize National Touring Exhibition’ (1992).

Amongst the notable awards received by Chapman are the Judges Commendation Shortlist for the Blake Prize for Religious Art (1991) and Exhibited Finalist in: the Waterhouse Natural History Art Prize (2003, 2004), the Kedumba Drawing Award (2002, 2004), the Fleurieu Biennale Art Prize for Australian Landscape Painting (2000) and the Sulman Art Prize (1996, 1998).

Gaye Chapman won an Australian Postgraduate Award Scholarship for Contemporary Art painting research in 2000-2003 from the Australian Research Council and was awarded a Ph.D in Contemporary Art in 2005. Her work is represented in the major National, State and university archives and collections of Australia, as well as in many private fine art collections in Australia and overseas.

Some examples of Gaye’s art work can be viewed at the Michael Nagy Fine Art Gallery’s website.